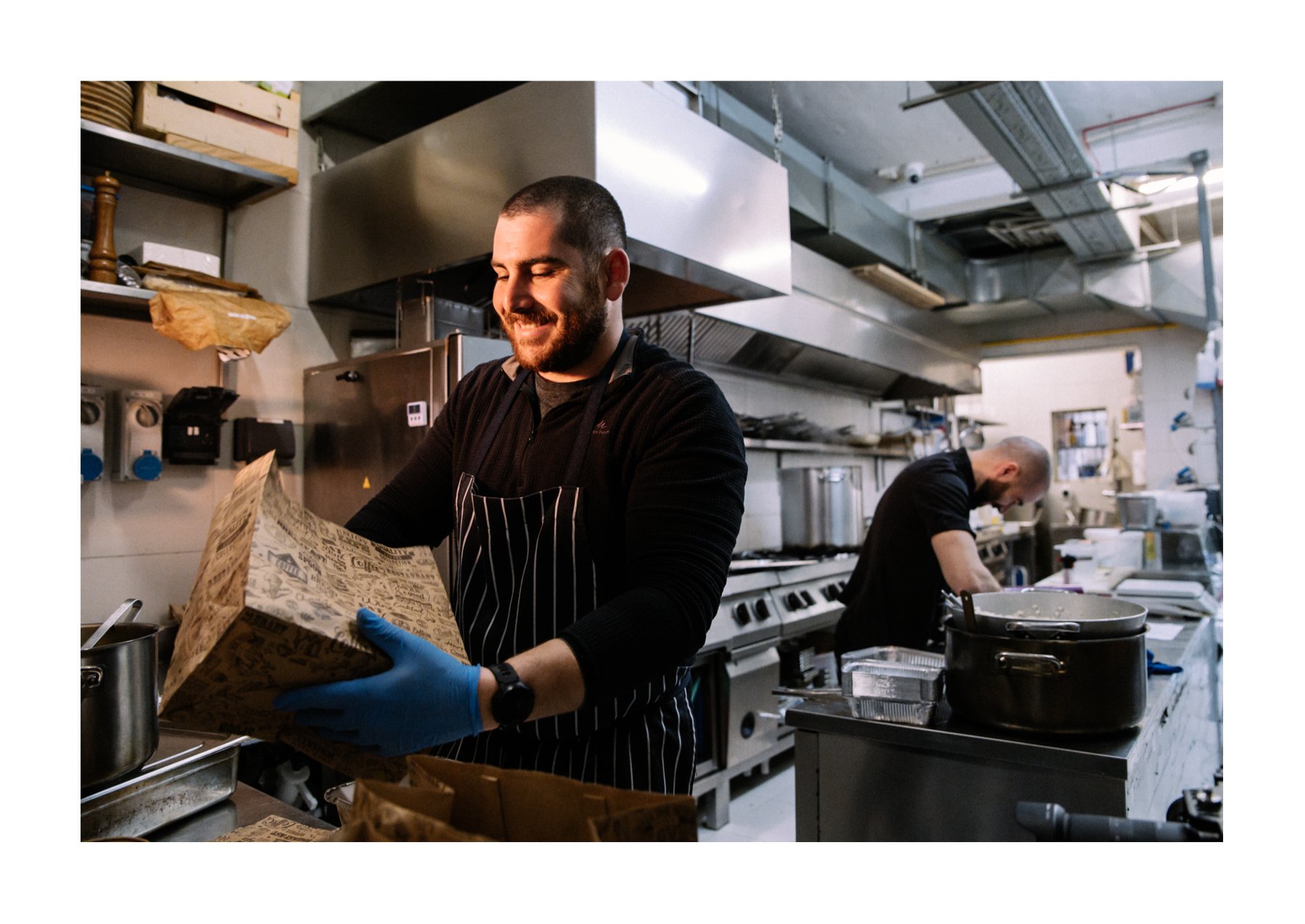 Victory Kitchen was set up earlier this year with the sole intention of delivering food to the families that have been hit hardest by the Covid-19 pandemic and beyond. It is a food charity organisation operating through a network of local restaurants, social workers and logistics companies. Spearheaded by Rafel Sammut of Briju Restaurant, who is also assisted by a number of chefs who have joined forces to help as many people as possible during these difficult times.

“Just one week after shutting our doors due to the COVID-19 pandemic, my chefs and I were already feeling restless and bored at home,” said Rafel. “That evening during my daily conversation with a close friend who works at the hospital, we exchanged ideas and one of them stuck – Victory Kitchen. The next day, I proposed this concept to my brother and fellow chefs, their feedback was encouraging and so off we went with the aim of feeding one family a day.”

“In our first four days we fed 16 families and in our second week we fed 54 families. At the end of our third week it was 74 families, with the help of three other local chefs and many more wanting to sign up.”

Due to the constant need for assistance, especially during the current situation, Victory Kitchen will be organising a fundraising event in September.

“We need all the help we can get to reach our goal, and this is why we are hosting a fundraising event,” said Rafel. “This involves a swim starting from Ċirkewwa, going around Comino, up to Gozo and going back to Ċirkewwa, covering a total of 15.1km. The exact date and starting location will be confirmed later on, depending on weather conditions.”

Those wishing to help, can participate by donating €100. One can contact Victory Kitchen through Facebook or by calling on 99906056. Funds will be used to feed families in need.

“There are thousands of families that are still in need. Victory Kitchen translates humble food into hope, faith, and courage for those who might otherwise remain hungry. We intend to continue our services on a permanent bases and hopefully reach out to even more people over the coming months”, said Rafel.

On Monday 17th August, Rafel, together with Hany Harb from Alibaba restaurant, Jean Galea Souchet from Cleland & Souchet, Robert Bonello, Zack De Marco and Marko Pavlovic headed to Beirut as “Team Malta for Beirut”. They assisted families affected by the recent tragedy by cooking thousands of meals and distributing 1000kg of raw produce.